Could Pope Francis Change Hearts and Minds on Immigration on a Global Scale? 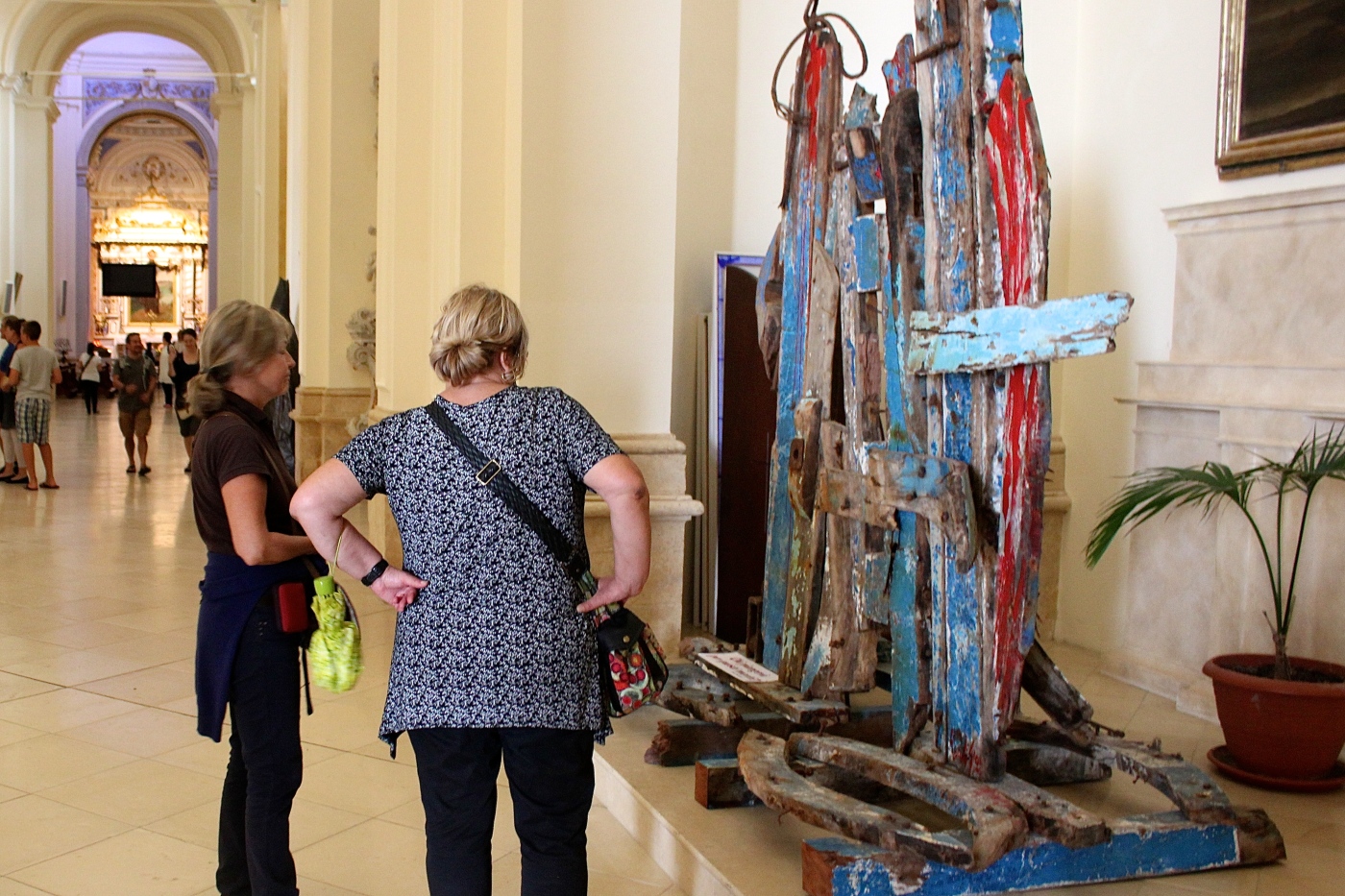 Published by The Washington Post, Center for Religion and Civic Culture, June 11, 2015

A few months into his papacy, Pope Francis took his first trip out of Rome to Lampedusa, the Italian island through which many migrants enter Europe after a treacherous journey across the Mediterranean.

Noting that shipwrecks of migrant boats happened “all too frequently,” Francis blamed “the globalization of indifference.”

“We have become used to the suffering of others. It doesn’t affect me; it doesn’t concern me; it’s none of my business!” he said.

The homily served as the first of many challenges to Europe to respond to migrants with compassion. For all of the excitement over the Vatican’s renewed diplomatic role under Francis, though, the pope has struggled to exert his influence on the international crisis in the Vatican’s backyard.

While many world leaders have called the immigration crisis a “moral issue,” the pope’s message of hospitality also requires a personal “conversion” through meeting migrants and opening one’s heart. This may be both the greatest strength and weakness of his pleas.

As Europeans leaders debate what to do with the migrants coming ashore in Italy, the immigration crisis reveals the potential and limits of the so-called Pope Francis effect.

Since Francis’s visit to Lampedusa, the death toll on the Mediterranean has risen dramatically. Before his July 2013 visit, 40 migrants had died at sea that year. This year, more than 1,800 have drowned.

Francis’s moral leadership is often credited with compelling the Italian government to start Mare Nostrum, its search and rescue mission launched after an October 2013 shipwreck that killed more than 360 off the shore of Lampedusa. The program succeeded in rescuing more than 150,000 migrants.

But Mare Nostrum ended in October 2014. Only the loss of more than 800 lives in a single shipwreck on April 19 spurred European leaders to expand the funding (though not the mandate) of Triton, the border patrol operation that replaced Mare Nostrum.

Francis also has spoken out about the plight of migrants who survive the journey, often ending up on Rome’s streets as they attempt to start over in Italy or move on to Northern Europe. In a speech to the European Parliament last fall, he noted that the lack of a unified asylum and integration system leads to “particularistic solutions … which fail to take into account the human dignity of immigrants.”

In Italy, the reception system is overwhelmed. Even before migrants started arriving by the thousands, the system rarely led to integration or employment. Immigrants often end up homeless or in informal housing, sometimes abandoned buildings. They face racism on the job market and on the streets.

Revelations of corruption in the reception system show that Italy’s “welcome” isn’t exactly what Francis has in mind in terms of hospitality.

The European Commission recently released its plan to distribute 40,000 asylum seekers in Italy and Greece to European Union member countries over the next two years. The plan follows a proposed quota system to welcome 20,000 refugees across the E.U. Many countries oppose both plans, which are up for approval this summer. Hungarian Prime Minister Viktor Orban, for instance, told the European Parliament that the quota system was “absurd, bordering on insanity.”

The commission can force most E.U. members to comply, but refugee resettlement plans may only serve to provoke greater anti-immigrant sentiment across Europe. Many migrants, meanwhile, will continue to bypass the official system and travel to their desired destination, to the distress of Europeans concerned with terrorists coming ashore.

In the midst of Europe’s political theater, Francis has consistently asked policymakers and the European public to see migrants as “men and women like us, our brothers seeking a better life,” as he said after the April 19 shipwreck.

After the pope’s Lampedusa visit in 2013, Fabrizio Cicchitto, then a senior member of Silvio Berlusconi’s former People of Freedom party, accused Francis himself of encouraging immigration and said the pontiff should restrict himself to preaching.

Even when Francis frames the issue in secular, humanist terms, though, he is preaching. On the one hand, papal exhortations and the church’s lobbying efforts, which take place at both the national and international level, are grounded in the church’s practical expertise working directly with migrants.

“The welcome is written into the DNA of the church, and because the church is like that, Pope Francis is now pope,” Monsignor Giancarlo Perego, general director of Fondazione Migrantes, which coordinates the Italian bishops’ work on immigration, told me last fall.

By many estimates, the Catholic Church operates half of the services for migrants in Italy. In 2014, the Jesuit organization Centro Astalli, alone, saw 34,000 migrants come through its doors for housing, health care or food.

Francis followed his trip to Lampedusa with a visit to Centro Astalli. It was one of many times that he has met and listened to refugees, practicing what he preaches.

“It’s important for the whole church that the welcome of the poor and the promotion of justice are not entrusted only to ‘specialists,’” Francis said then.

Catholic charities in Rome and Sicily report a papal-driven boost in volunteerism and donations — from people of all faiths and none. Oliviero Forti, director of immigration at Caritas Italiana, the church’s charitable arm, told me that Francis has allowed the organization to focus on providing services instead of justifying them.

But while 84 percent of Europeans evaluate Francis favorably, western Europeans largely say that religion doesn’t play a positive role in their daily lives.

Particularly in southern Italy, the sheer immediacy of the crisis amplifies the “Pope Francis effect.” Where the influx of migrants is slower and less dramatic, though, the pope’s message of hospitality remains abstract.

Policy, meanwhile, will work only alongside a genuine shift in public attitudes toward solidarity.

When Francis went to Lampedusa, he was addressing not only to the local community, but also to the world, Daniela Pompei, head of immigrant services for the Community of Sant’Egidio, a Catholic volunteer organization, told me.

“We would like this tragedy to not remain something in Italy but to be felt in the heart of Europe, like a wound,” Pompei said. “But we haven’t managed to do so yet.”

Reporting for this article was supported by a fellowship from the International Reporting Project.

One thought on “Could Pope Francis Change Hearts and Minds on Immigration on a Global Scale?”