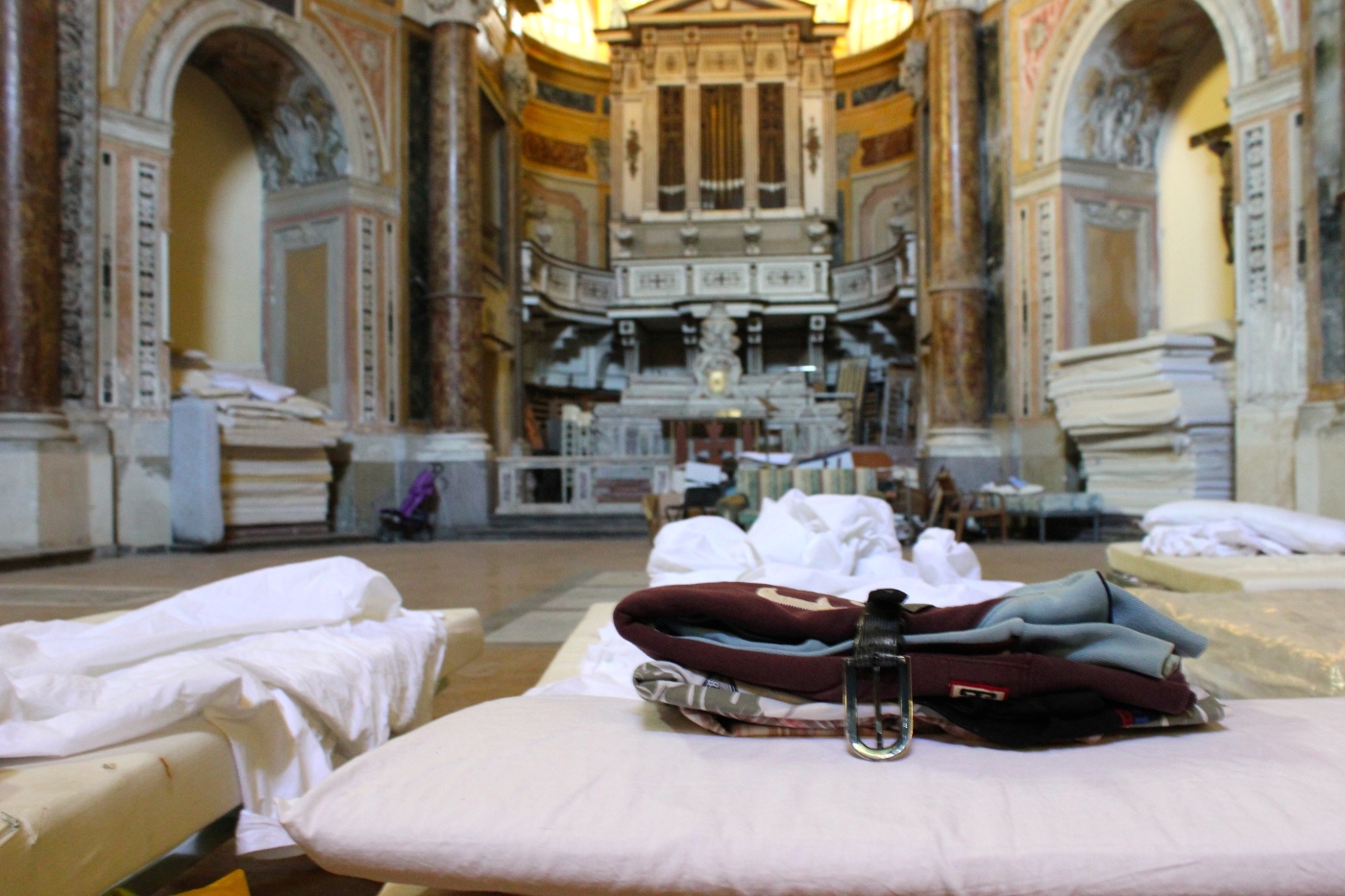 ROME AND SICILY — August in Italy is a usually a time for rest and relaxation. But on one Saturday in the summer of 2013, beachgoers in Catania, Sicily, found a boat full of migrants that had crashed off the city’s shore.

As news spread throughout social media, a group of Catania’s youth knew what they needed to do.

Just one month earlier, Pope Francis had used his first papal trip outside Rome to call attention to the flood of immigrants crossing the Mediterranean. In Lampedusa, a small Italian island about an hour plane ride south of Sicily, he denounced the world’s inaction in the face of the most deadly migration path in the world. More than 22,000 have died attempting to reach Europe since 2000, according to the International Organization for Migration.

“We have fallen into a globalization of indifference,” Francis said. “We are accustomed to the suffering of others; it doesn’t concern us; it’s none of our business.”

Already engaged in social issues, the youth of Catania’s Community of Sant’Egidio were impressed by the pope’s words and deeds. Still, the arrival of migrants on Europe’s shores seemed like a remote issue, both physically and mentally, said Mbaye Gueye, a university student in the group. So when a boat of migrants ended up in Catania so soon after the pope’s speech, it felt like a sign, he said.

Fifteen youth interrupted their summer fun to gather food and clothing from friends and meet the migrants on the beach. They found people their age and younger. Six migrants had died in the accident. One unaccompanied minor told them that his grandmother put him on the boat and said, “Go and save yourself.”

“We went there to create a welcoming climate,” Gueye said. “When you’re in this situation, do you really want food, clothes or something else?”

Their idea of “something else,” Gueye and his friends found, was a vision of fraternal responsibility preached by the pope.

Francis’ efforts to refocus the church on social issues have coincided with the surge of migrants taking the perilous trip across the Mediterranean. In October 2013, within months of his trip to Lampedusa, 360 migrants died when their boat shipwrecked off the island’s shore. …

Click here to read more about the role of Pope Francis and the Italian church in responding the flood of migrants crossing the Mediterranean.

Reporting for this article was supported by a grant from the International Reporting Project.