Sultans of Satire aims to bridge gaps with Muslims, Arabs through comedy 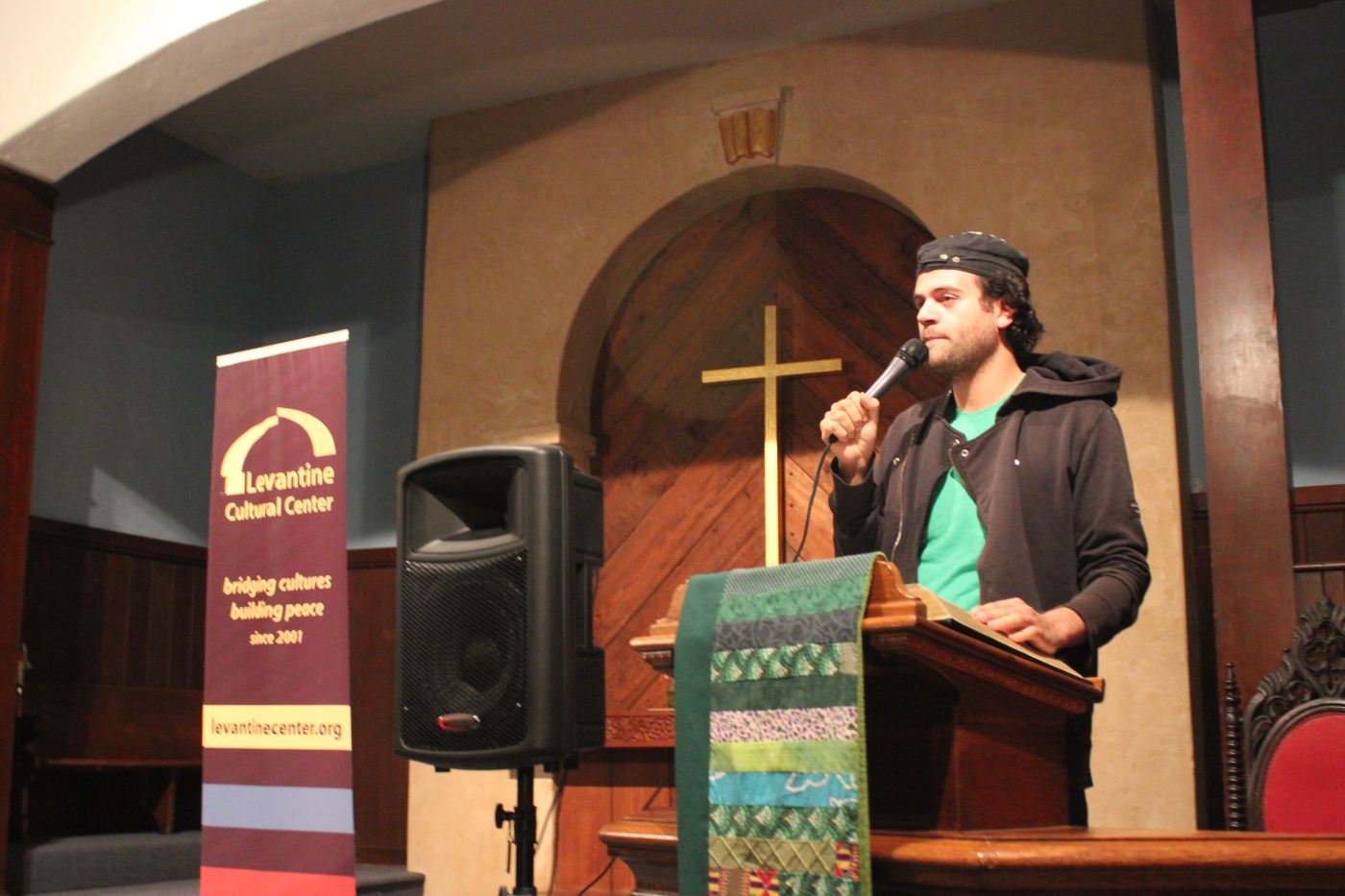 LOS ANGELES — Unshaven and wearing a black hoodie and cap, Omar Elba looked out from the lectern, surrounded by a gold cross and organ pipes. “Moses, you are my nizzle fo’ shizzle,” said the Egyptian-born Muslim comedian, doing his best to channel Snoop Dogg.

It’s a joke he’s done before, but never in a church.

The unique setting of their performance inside Westwood Hills Congregational Church wasn’t lost on any of the performers at the Sultans of Satire comedy show. Yet the sacred stage didn’t keep them from swearing or talking about sex, although it inspired more jokes about growing up Jewish, Muslim, and Christian than one might typically hear during stand-up.

“I don’t know whether to tell jokes or tell you my confessions,” Elba said, opening up the show.

Produced by the Levantine Cultural Center, which is dedicated to highlighting Middle Eastern and Arab culture, the Sultans of Satire stand-up show aims to challenge stereotypes and sensitivities while bringing people together with a few laughs. …